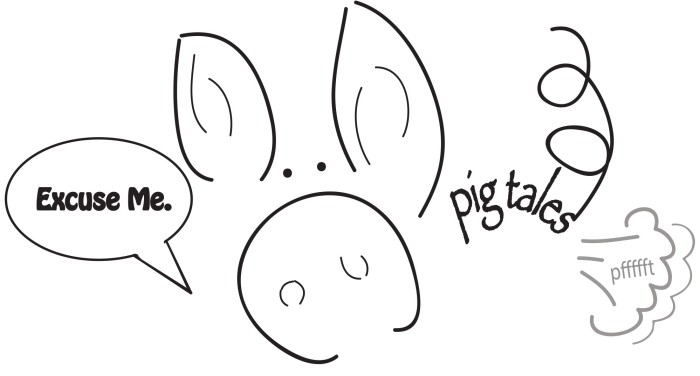 Given the fact a whoopee cushion* made me hysterical with laughter last week, I could not resist buying one when I returned to the grocery store yesterday.

Brad Pitt went to a friend’s house for a couple hours last night and I decided I was going to hide the whoopee cushion in the bed and “surprise” him when he settled in for the night. But when he got home he said “lets watch television in the living room for a little bit.” Television? No. You are supposed to go to bed now so I can make crude fart noises and laugh at you. Grrr.

“Oh, okay,” I said casually and started forming a plan B. I flipped on the tube, found this week’s episode of The Bachelorette and pushed play. Surely that would be enough for Brad Pitt to change his mind about watching television. He just scoffed at my choice in programming and made a quick detour to the backyard so the Little Monster could go potty. Plan B in motion! I ran to the bedroom, grabbed the whoopee cushion, placed it under the sofa cushion and sat down. He returned. And he sat on the love seat. WTF? He never sits on the love seat. I tried hard to remain nonchalant and invited him to sit next to me on the sofa “so we could cuddle.” He looked at me like I was weird.

I realized about halfway through the episode that we weren’t going to bed anytime soon and he wasn’t budging from his spot across the room. So when he made a second run to the backyard with the Little Monster, I moved the whoopee cushion to the love seat. I was practically cross-eyed as I pretended to watch the television while also keeping an eye on his side of the room. He finally came back and plopped down. Nothing! It didn’t make a noise! I felt like my insides were going to explode, but I somehow managed to stay calm and decided I would just wait until I could carry out the original plan and surprise him in bed.

Eventually the show ended and I made my play for the bedroom. “Its late, I’m tired, I’m going to bed,” I said.

While he was brushing his teeth, I snatched the whoopee cushion away from the love seat, inflated it and placed it next to my side of the bed.

Lights out, he finally laid down next to me. I waited. And waited. And waited. And finally after it seemed like he was settled and relaxed and the room had been quiet for long enough, I slowly reached down and pulled up the whoopee cushion. I held still for a second to make sure I hadn’t given anything away, but the sheer thought of interrupting the peace and quiet with a booming fart noise was making me laugh. I tried to stop myself, but my body started to shake from holding in the giggles. So I let it rip — I squeezed the cushion and an eruption of fart sounds filled the room! I busted up laughing so hard that I think I actually did fart, but no one would have known because I was laughing so loud. And Brad Pitt just laid there. He just laid there!!! Eventually I leaned over, checked to see if he was breathing and asked “Are you alive?!?!”

“Katie. First of all, I’m not 12 years old. And, you did it all wrong. How much air did you put in there? You’re only supposed to put in a couple puffs. And when you squeeze it, you can’t use a lot of pressure. You need to just slightly squeeze and let the air out gently.”

Are you kidding me?!? I’m getting schooled on how to make fart noises? I picked up the whoopee cushion, filled it with a couple puffs of air and gently squeezed. Toot! Tooooooot! Brrrrrappppp!** Followed by another round of laughter. On my end. Not from Brad Pitt. Nope. He just laid there.

*Did you know whoopee cushion was spelled with two Es on the end? I thought it was whoopie all this time. My mind is blown.
**If you ever google “how to phonetically spell the sound a fart makes” you will find some amazing answers.