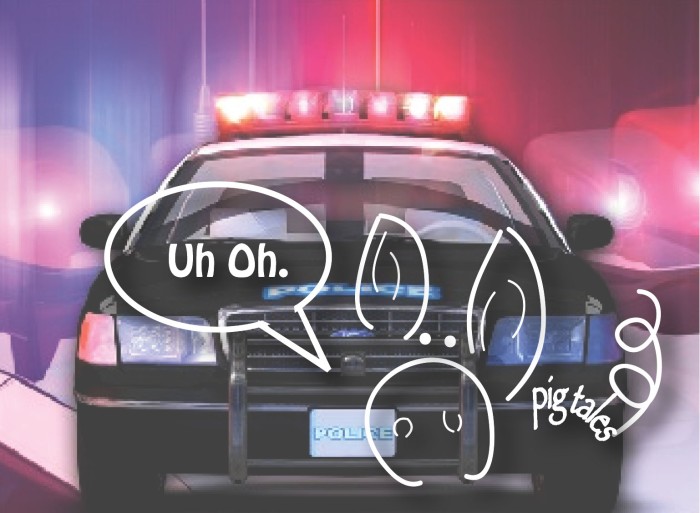 Last night Brad Pitt and I had a date night. Don’t get me wrong, we get out on the town fairly often but its usually for hot wings or cheap Mexican food or sandwiches and while those are all good and fun, I don’t really consider them a true date night. A true date night usually involves a fancier, more romantic restaurant. And for a number of reasons, budget being the main one, we haven’t had a great date night in a long while.

We headed to Osteria Il Centro, an old favorite of ours. We had a gift certificate burning a hole in our pockets and the restaurant is celebrating 16 consecutive years of Wine Spectator’s Best Of Award of Excellence by offering a 16% discount on all their wines. Nothing better than a discount combined with gift card kind of night!

We settled into our table in the cozy restaurant and about the time I was eating my last bite of salad I saw a police officer near the hostess stand. I joked with Brad Pitt and said “Uh oh, they are here to get me” and he said “Oh yeah, whatever” and I said “No seriously I think they’re here for us… For me.” We laughed, carried on with our conversation and dove into our entrees. A little while later the police officer appeared again and as I watched him walk past our table, toward the back of the restaurant, I had a light bulb go off in my head. I excused myself from the table explaining I had to use the restroom and left Brad Pitt to enjoy his steak special. The police officer was right where I hoped he would be – close to the kitchen, standing next to the restrooms. I walked up to him and asked “Are you here on official business?” and he said “Why? What’s going on?” and I said “Well I was hoping we could mess with my husband.” He got a big smile on his face and said “Sure, what did you have in mind?” I said “I don’t know, can you pretend to arrest him or something?” The wheels in his head were obviously set in motion because he started asking me what kind of car we drove and what name it was registered under and then told me to give him a minute and he would approach the table. Just like the whoopee cushion night, I could barely contain my laughter as I peeked around the server station waiting for him to pull a prank on Brad Pitt.

I watched him leave the restaurant, walk around the corner, walk back and finally, finally come back inside the front door. He came up to me and said “What are you doing? You are supposed to be at the table.” Duh. We obviously didn’t hatch out the best plan but no worries, we still had time. I quickly made it back to the table, giving Brad Pitt one of those “I totally had to use the bathroom if you know what I mean” winks and went right back to eating my chicken marsala. That is when the police officer approached the table.

“Excuse me, are you (insert my full name here)?” Brad Pitt’s eyes got huge. “Yes, that’s me,” I said. Brad Pitt immediately jumps in “What is going on? Is everything okay?”

Officer: Is that your silver Yaris outside?
Brad Pitt: Yes, sir. What is going on?
Officer: I need to speak with her, we have a warrant for her arrest.

Brad Pitt’s eyes are SUPER huge now and I’m doing my best to maintain composure and play along.

Brad Pitt: Warrant? What?!? That can’t be right. Oh my gosh. What in the world?
Me (as I’m playing along): A warrant! What for?!?
Officer: Fraud. We have a warrant for fraud.

At this point Brad Pitt is super concerned but being extremely polite and cooperative with the officer. “Sir, we are more than happy to talk. Can we do this outside?”
Officer: Yes that would be fine – starts to turn toward the door…

Brad Pitt: Um, officer there is something I need to tell you before we go… looking at me with total concern as I’m trying not to bust up with laughter …”We’ve had a really rough year and …”

Oh shit. I know what is coming. Brad Pitt is ready to tell the officer that I’ve been dealing with severe anxiety this year because he is afraid the stress of the events that are about to unfold are going to lead me into a full blown panic attack. Damn it. He is too sweet. He is trying to take care of me and I’m the asshole trying to play a trick on him. He totally beats me in the “who is nicer” category.

…”Wait!” I hold up my hands while nearly falling over in my chair with laughter. “Its a joke!”

At this point, I’m cracking up, the officer is laughing, and our server, a few other employees and the table next to us are all chuckling and Brad Pitt is just sitting there with a look of disbelief. Eventually he started laughing, too, as the truth sunk in and he realized everything was totally fine. I had to thank him for being too kind and more concerned about my overall well-being than the fact that I might have been arrested. Totally made me feel like a complete schmuck and while he’s probably reconsidering the fact he married me because I play ridiculous pranks on him all the time, it totally showed me I married the right guy. 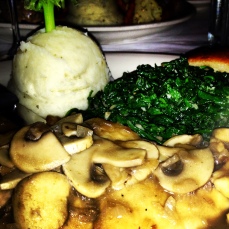 8 thoughts on “Last Night I (Almost) Got Arrested”