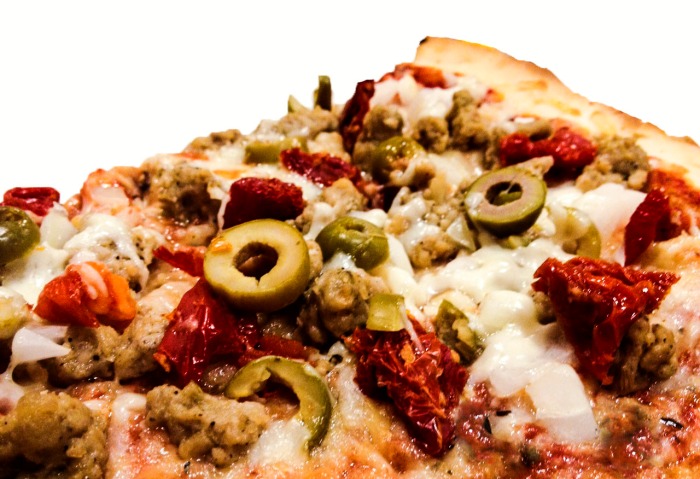 As we left the restaurant, I realized I left my water bottle inside and asked him to go back and get it for me. As soon as he turned the corner, a light bulb went off in my head … I was going to move the car so when he returned, he would think I had ditched him!

It was brilliant! I hurried to our parking space, jumped in the car and carefully moved it to the neighboring lot so I could watch for him to come back out and look for me.

Shut the front door. He is tricking me? What?!!? How did this happen?!? 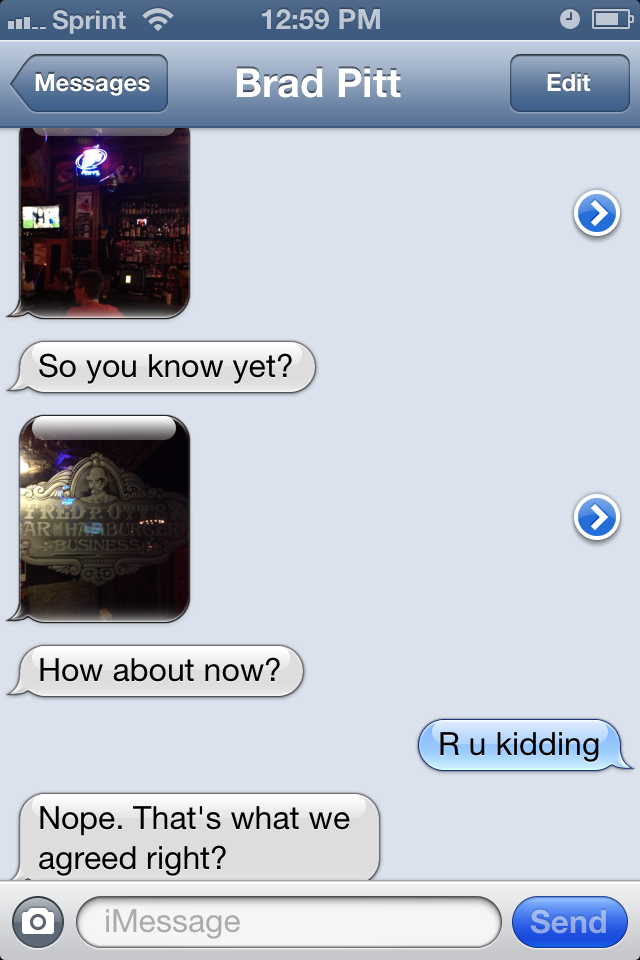 First photo clue: The Peanut!
I went to The Peanut.
He was not there.

Second photo clue: Fred P Otts!
I went to P-Otts.
He was not there.

I started second guessing everything and convinced myself he was pulling images from the internet and pretending to be places he really wasn’t and he was probably still waiting for me at the pizza place.

Then I got this text message: 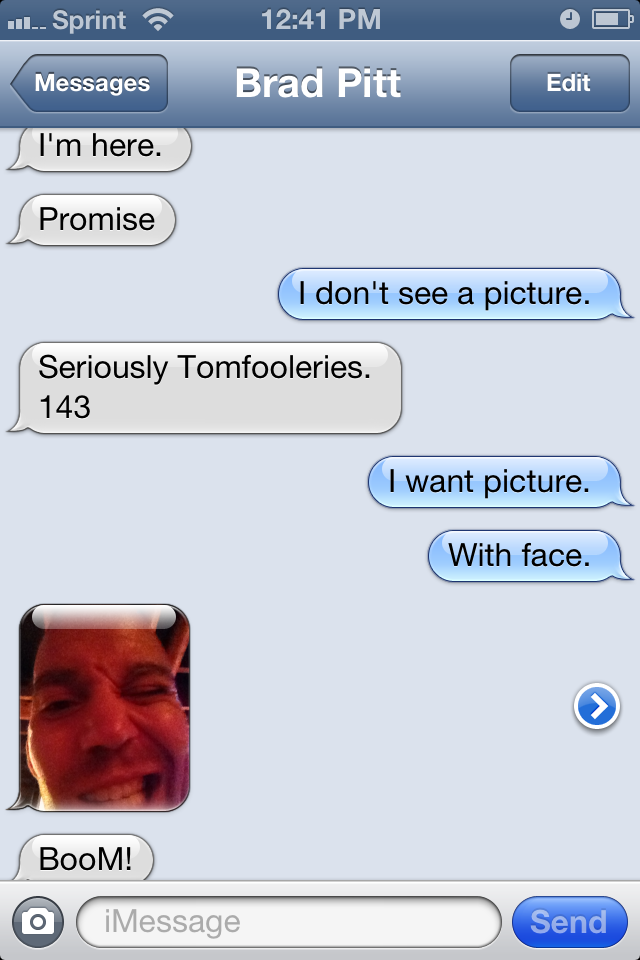 Gee, thanks Brad Pitt for that face picture. That was extremely helpful. Actually … wait … I could see some rafters in the background. Tomfooleries rafters. Maybe he really was at Tomfooleries!

I hustled over to Tomfooleries but not before asking the most important question of the night:

As soon as I got to the front entrance of Fooleries I could see Brad Pitt through the window. He saw me, too and met me at the door. We were both laughing pretty hard at this point. He bought me a beer and explained that as soon as he saw the car was gone he took off running. He popped into Fred P Otts just to take photos and kept running until he made it to Tomfooleries.

And that is the story of how Brad Pitt totally fooled me. And held onto my water the entire time.

Epilogue:
Brad Pitt wants to be sure that I explain to everyone how far he had to run to pull off his prank. In 90 degree heat. In dress shoes. Carrying my water bottle. And that he ran really fast. So here is a map of just how far he had to go for a little tomfoolery. 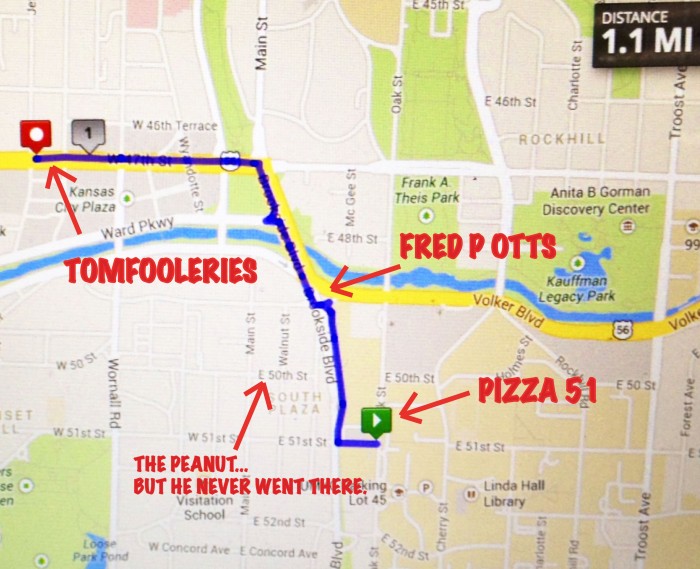 4 thoughts on “Brad Pitt Fooled Me”