I am just as obsessed with taking photos of birds, bugs and random animals as I am with food photos.

Earlier this week, I chased a sphinx moth around the yard getting photos from various angles: 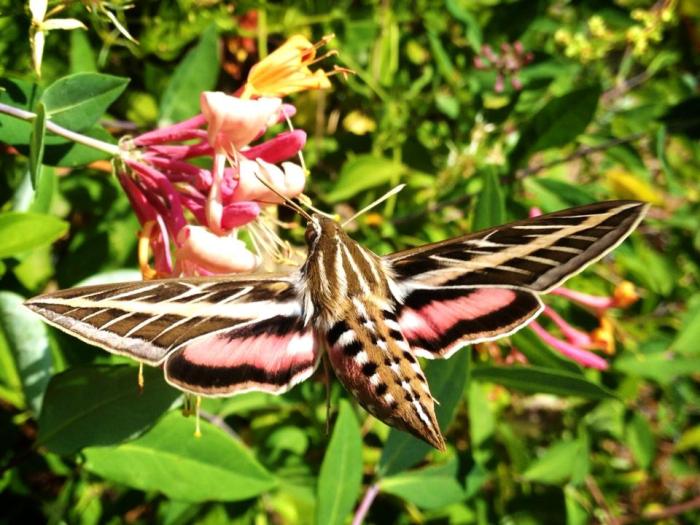 Today, Brad Pitt let the Little Monster outside to potty and screamed because he saw a huge cicada. I came running with my iPhone so I could take a picture: 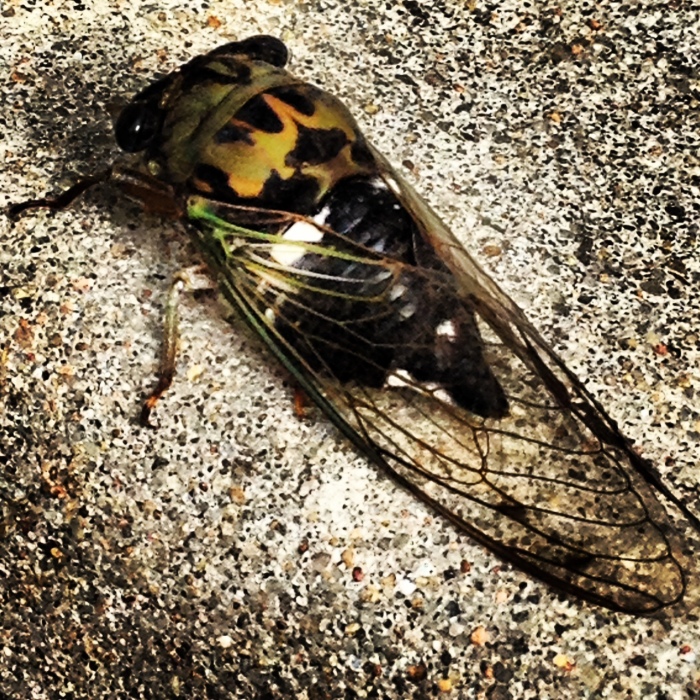 I nearly pushed him down the stairs to get a good shot. He rolled his eyes, walked past me and said “Geez, Katie. I swear, you are the Steve Irwin of our backyard.”

I am the Steve Irwin of Our Backyard! (Minus the fact we don’t have crocodiles.)

Proof that I am definitely the Steve Irwin of Our Backyard is shown in the following photo montage of other daring images I have captured over time. Please note: Each image is captioned. You may have to click the image to see the caption. And, when you read the caption: You must read each one in an Australian accent. If you don’t, you aren’t doing it right.

The Windshield Spider! Careful, you don’t want to get too close. He is quite venomous!

The carcass of a bug that once was. Look out! Where did it go? Its behind you! Sneaky little bugger! 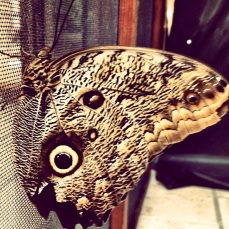 A Spying Butterfly! Watch out for these sneaky bitches. They will watch you with real eyes and fake eyes.

And at times things get even more exotic:

A vicious Inflatable Rat! Only seen on the streets of New York.

Oh my god! A rare creature! The city hippo! The day these beauties snuck up on me in the backyard I was quite shocked. Okay, just kidding. These hippos were at the Kansas City Zoo. 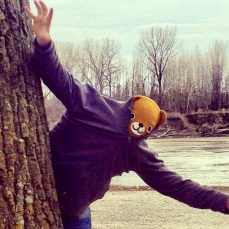 Quite possibly the most unique of all creatures I’ve ever encountered in my life. The Man-Bear. It is more rare than a unicorn and has only been spotted once by the Missouri River. He looks quite scary but really was more afraid of me than I was of him.

In case you still need more proof that I am the Steve Irwin of Our Backyard, I created this video. In the wild. Of our backyard.

Unbelievable how close I got, huh!?!? A true beast of a bug. I’m impressed with my own bravery on that one. And that is why I am the Steve Irwin of Our Backyard.

2 thoughts on “Steve Irwin of Our Backyard”