Last night I created a pasta dish that was really, really easy to make because most of the tedious things were already done for me. I bought a smoked chicken from the grocery store (you know, like a rotisserie chicken, except it was smoked — seriously great flavor!) and instead of making my own cream sauce, I just used a box of Pasta Roni Fettuccine Alfredo. I sauteed the rest of the ingredients (red, yellow and orange peppers, a sweet onion, garlic and some tomatoes) and then threw everything into the same pan. As Emeril would say: BAM! It was ready to go.

But when I looked back at the photos I took of my creation, I realized that the peppers were totally hanging out, like three best friends, on the cutting board. And then I couldn’t stop singing the Three Best Friends song from The Hangover. Here is a clip: 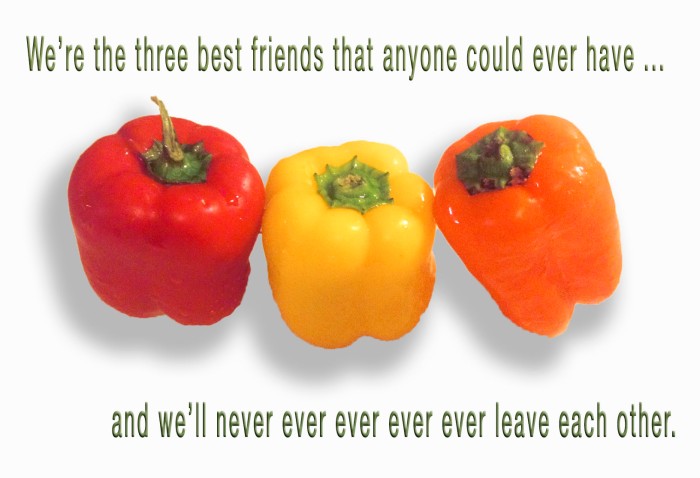 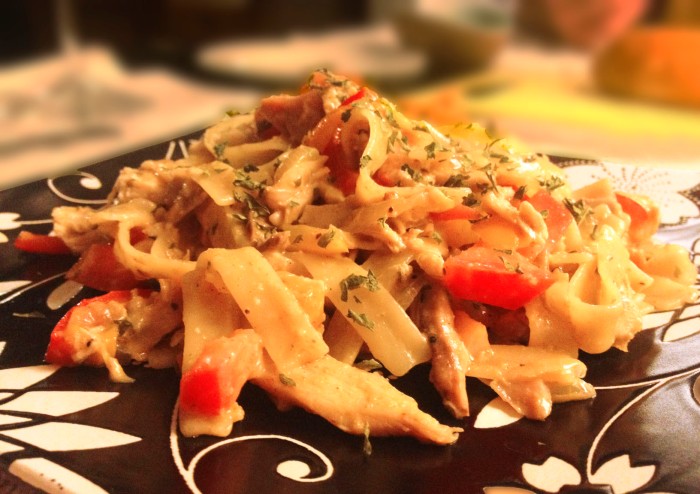