This week Brad Pitt went on a whirlwind business trip without me. To Texas.

And New Orleans.  Yeah, the tiny violin sad music makes sense doesn’t it? Well its fine.  I can’t join him for every business trip. Even when one of the stops happens to be in one of my all time favorite cities ever. Really, its fine. I made the most of my sad situation by spending a good portion of the week booking pretend trips on Expedia and Hotwire. And by sending Brad Pitt random text messages to make him think twice about leaving me home next time. Like this message: 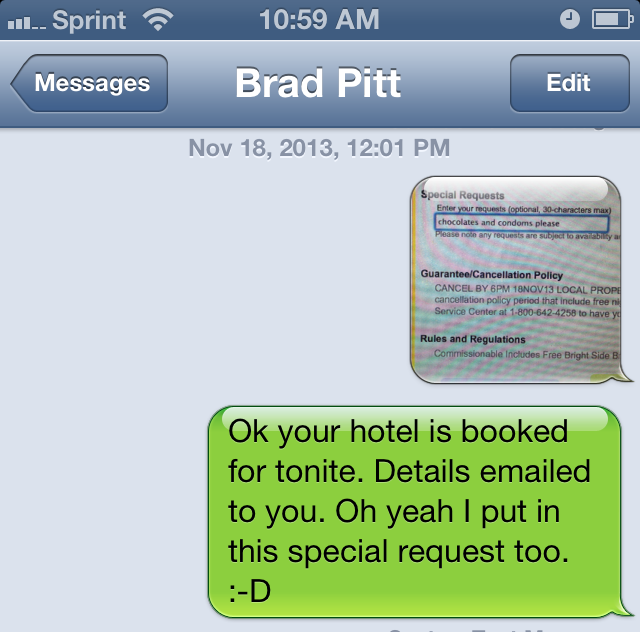 Here is a close up of that “special request” I submitted on his behalf: 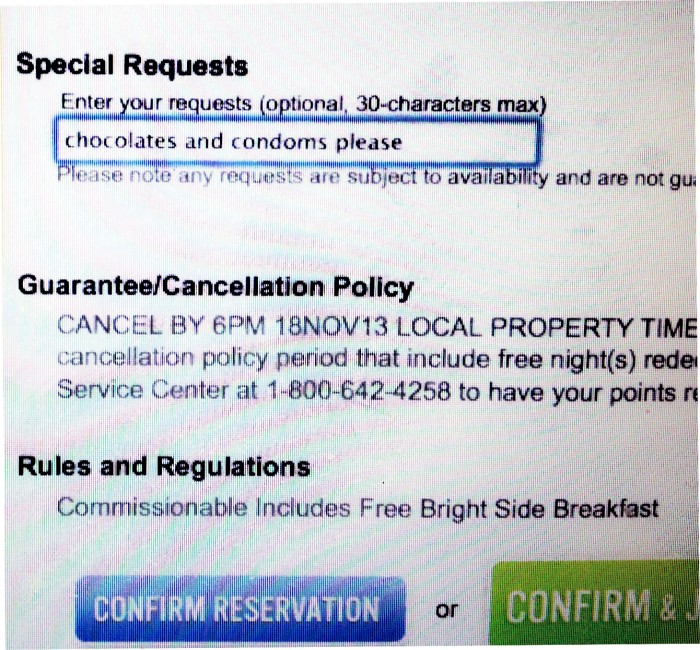 Either he didn’t believe me or he was super excited about my thoughtfulness when booking his hotel because this is what happened: 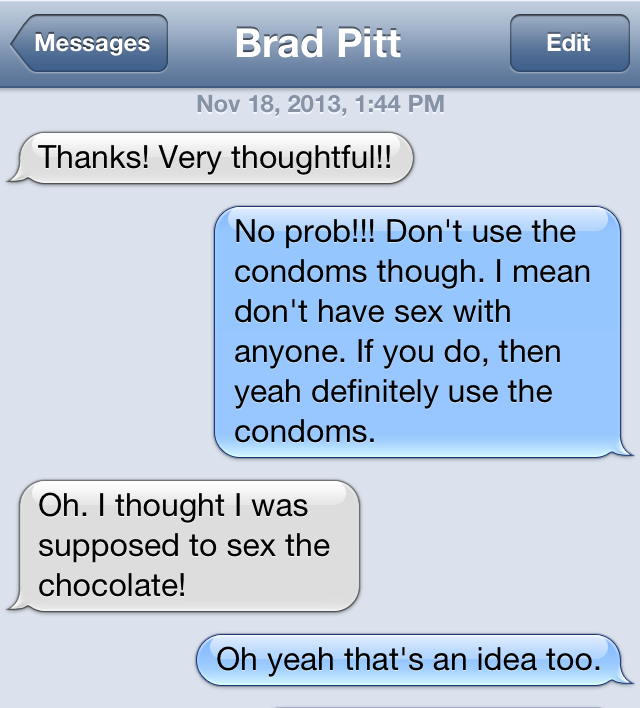 Apparently I needed to step things up a notch. I dropped a few hints throughout the week that I might just drive down to New Orleans and surprise him. Of course, he insisted I stay put. And, of course, I wasn’t going anywhere. But he didn’t know that. Like, really know that.  So when he texted me that he had arrived safely in NOLA, I told him I was already there. 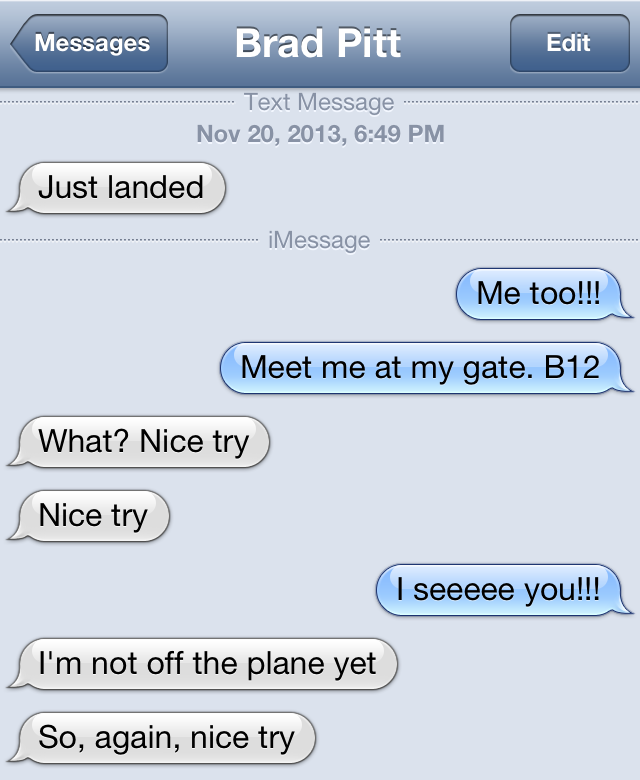 But I wasn’t going to give up. 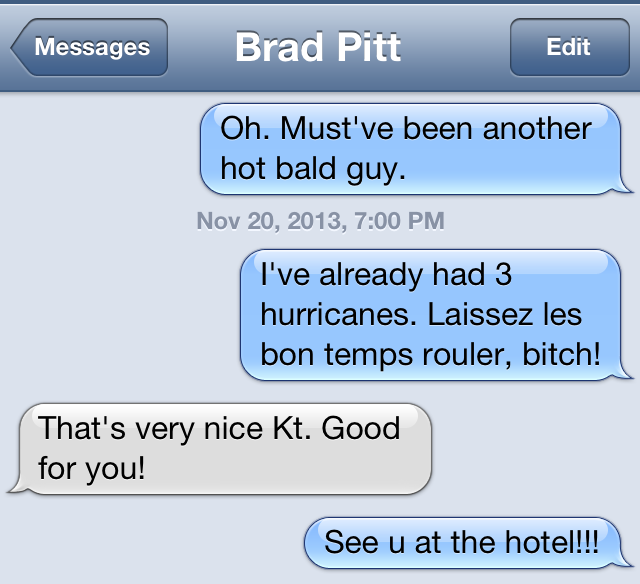 I didn’t hear anything back after that, so I figured he was just ignoring me. Its cool. I can handle that. So I waited.

And then I sent a couple more texts. 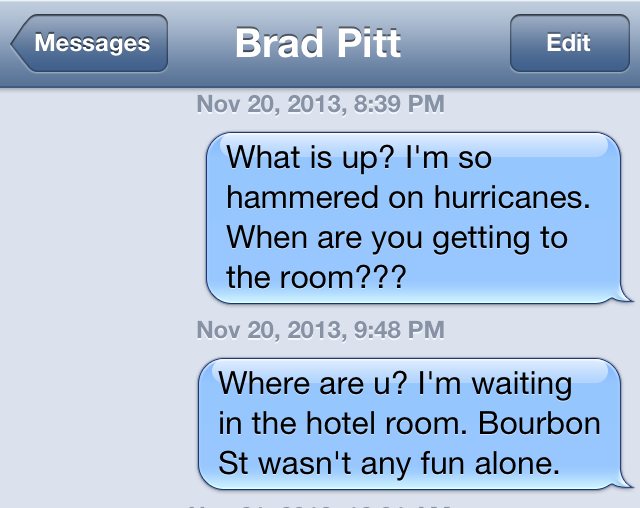 He finally called me when he was back to his hotel and getting in the elevator. Who calls someone the second they step inside an elevator??? Before he hung up (because our connection sucked – duh! elevator!) I made sure to tell him I was hiding in the closet of his hotel room.

I’m pretty sure he actually checked the closet when he got up to his room. And probably behind the shower curtain. Ha. What a sucker.

And that is how I made the most out of a missed trip to New Orleans.

4 thoughts on “No NOLA for Me”