I just …. don’t… like it. But I suppose I will have to make the most of it this week, given the fact that tomorrow is Thanksgiving and my attempts to persuade my mom into roasting a chicken instead were wasted. Wasted effort I tell you.

Check out this turkey, though: 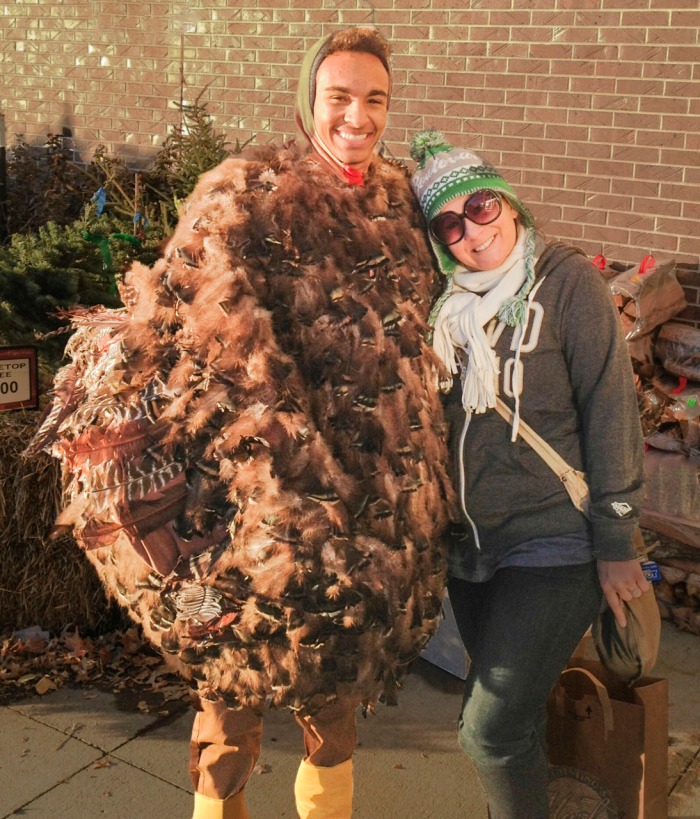 I wish you could see him from behind – he had an amazing plume of feathers. (Is that what its called? A plume?)

I found him at the grocery store when I was running last minute errands for my contribution to tomorrow’s feast. Really, all I needed was carrots, but it was still a chore getting to the store and finding the exact carrots that I wanted. (I wanted pretty carrots. The tiny, pretty ones that look like whole carrots, because they are whole carrots, but are tiny. Do you know what I’m talking about?)

Anyway, I asked if I could take my photo with the turkey-man and he seemed pretty excited to oblige. I wrapped my arm around him and have to be honest: he felt exactly like a real turkey. Not that I really know what it is like to hug a real (man-sized) turkey, but I’m positive it felt exactly like it should.

In other exciting news: I bought four bottles of wine and saved a whopping $51 at World Market. FIFTY ONE DOLLARS!  I saved more than I spent! Now that is something to gobble about.