I love a good surprise. And as you most likely know, most of my surprises are pranks that I pull on Brad Pitt. Oh, poor, poor Brad Pitt. (Wah wah wah)

Nah, don’t feel too sorry for him. He has his own quirky behavior that I put up with on a daily basis and I take great pleasure in out-witting him whenever I can.

Little did you know, I’ve also been known to pull some nice surprises. Since our One-Way-Road-Trip to Pennsylvania, I’ve been sending these “nice surprises” to family and friends. Mainly in the shape of postcards. Remember postcards? They are actually pretty cool. And super fun to send to people. I’ve also sent a few gifts: books from the Rodale General Store, Crayola swag, Peeps and the Statue of Liberty, in miniature version, of course.

But, much to my own surprise, I’ve received a few things in the mail! Do you know how exciting it is to get something (besides bills) in the mail?!?!? Its beyond awesome!

I can’t say much about the first surprise that landed on my doorstep … I’ve been sworn to secrecy … but I will say that I may or may not have received a box full of tightly bubble wrapped special limited release beers. My “Anonymous” friends know me so very well. And I smiled for days.

I also received something from my Mom. It was in response to a postcard I sent asking her to send money. So she did. An entire whopping $1. Along with a note about history and Pennsylvania and how George Washington fit into that whole scenario somehow. 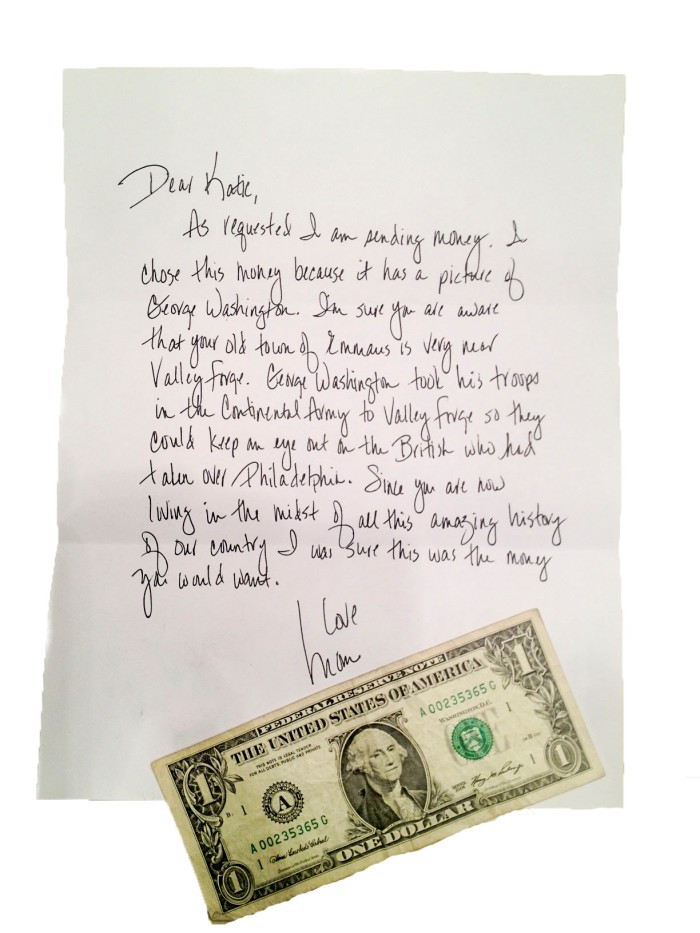 I’ve received a few more things in the mail, too.

The second we moved to Pennsylvania, I ordered a couple beer label wallets from my friend Susanne who runs Dumb Kid Designs – an online shop chock full of hand stitched paper goodies. Maps, comics, magazines, beer labels, etc. You name it, she stitches it into a functional object and then sells them online and in some local Kansas City shops.

I am all about the beer label wallets, though. I’ve carried one around for a few years now, but was in need of a replacement. And since Boulevard Beer is not available in Pennsylvania, I figured this was the best way to have my favorite beer always close at hand. 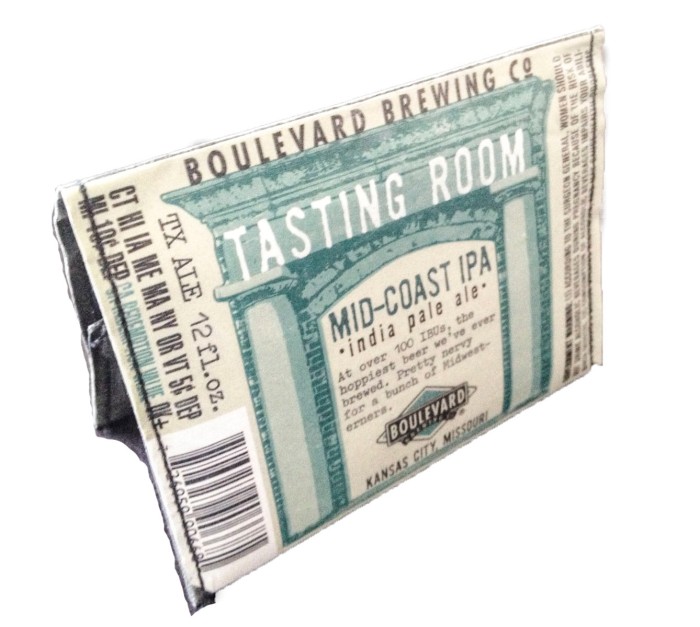 When my package arrived, I hurried back to the condo, opened the envelope and found two extra wallets inside … one made from a map of Kansas City and the other from a map of Lehigh Valley. OMG! Seriously!?!?

The surprises did not end there, though. A couple weeks later I found another envelope shoved into my tiny mailbox. I instantly turned into a five year old and skipped back to The Condo and ripped open the envelope. Imagine my surprise when I found custom made PigTales gear inside!!! A wallet and a checkbook-sized holder.

Holy Moly!!! Susanne is awesome!!! At her suggestion, I am going to use the larger holder to stuff things like restaurant coupons, menus, recipes, and ideas for my blog inside.

The bar has been raised pretty high when it comes to surprises in the mail. Of course, anyone who wants to fill my mailbox with fun goodies is welcome. Bring it on. I’d much rather get fun things than bills. Unless they are dollar bills. I’ll take those. And stick them in my beer label wallet.

NOTE: This post is essentially a big shout out and THANK YOU to Susanne for her brilliant and thoughtful Dumb Kid Designs gifts in the mail. Check her out on Etsy. You’ll be hooked.

6 thoughts on “Beer, Bills and Surprises”