Oddly enough, in the last few days, my Mom and Brad Pitt’s Mom both sent me messages about tacos … dessert-themed-tacos, to be exact.

For those of you who are offenders of often-misspelled-words I will clarify that last sentence for you. We are talking about dessert tacos. Not desert tacos. Dessert is typically the final (and oftentimes sweet) course of your meal. Desert is a hot, dry, arid environment and should have nothing to do with any part of your meal.

Just wanted to make sure we were all on the same page.

And now that we’ve cleared that up, I’ll tell you about these dessert-themed-tacos.

The first would probably qualify as what most would consider an actual dessert: a bit high on the sweet factor. Klondike’s Choco Taco. 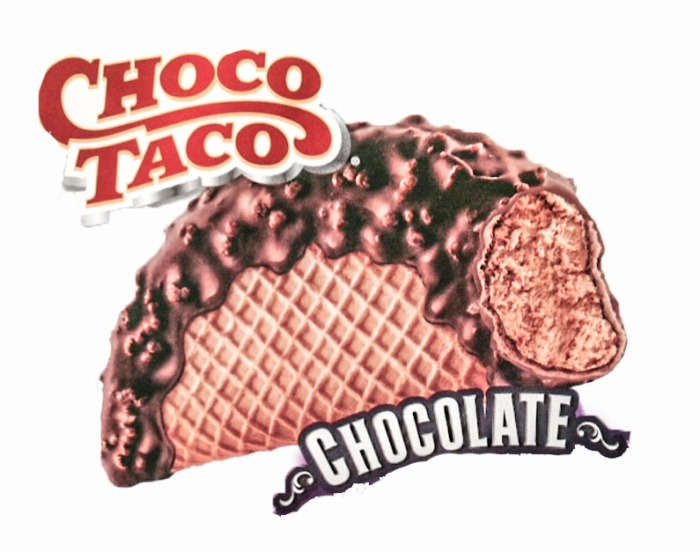 Ewwww. Sorry Choco Taco Fans, but this creation grosses me out. First of all, it looks gross. Second, I’m not typically one to go for sweets. I’d much rather chow down on something savory.

Which leads me to the second dessert-themed-taco: Taco Cupcakes.

Um, these are adorable. They would be awesome for a party (Cinco de Mayo is coming up, people!!!) and based on their cute-factor, I bet they are pretty kid-friendly.* I think I will try making these for dinner one night. As a main course, of course.

*Taco Cupcakes being kid-friendly is an assumption. I have no kids, except for my dog-ters. (Ie; Dog Daughter, in case you didn’t figure that one out on your own.) And the dogs will will eat anything in front of them, whether its pretty or not.

PHOTO CREDIT: Word has it the “Girl Who Ate Everything” is responsible for the taco cupcake recipe. I don’t know if she is also responsible for taking this photo. But the recipe and photo were both on this web page, so I assume she is connected somehow.. Click it if you want the recipe. Or to see the photo again. Whatever floats your boat.