Warning: Mom, prepare yourself to be grossed out…..

I don’t know how it happened or when it happened, but I started liking sour cream. 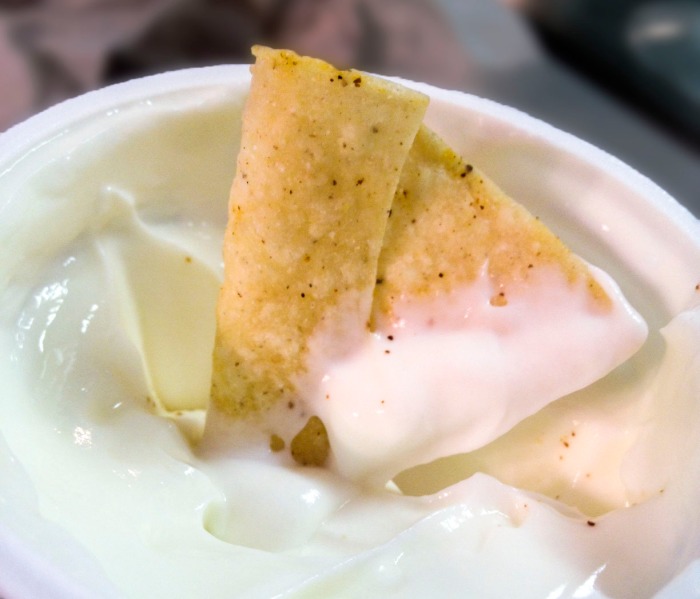 I used to hate sour cream.

When I was young, I would throw a fit if my dinner arrived and the instructions to leave off the sour cream had been disregarded. I am sure my parents went into a special mental zone during these moments in order to hold back from slapping the shit out of me, at the very least. But I also bet they understood because part of the reason I detested sour cream was because my mom told me it was gross. She can’t stand sour cream. And when my mom doesn’t like something, apparently its hereditary and everyone in the family also dislikes it.

I actually think she is a little deceitful about things she personally finds unfavorable. For example: I’m pretty sure she dislikes spinach because when I was younger she told me that I was allergic to spinach and that if I ate it, I would have terrible diarrhea. So for years, I avoided spinach like the plague. And then, guess what? One time I tested my limits and ate spinach. And I loved it. And, it passed through me a-okay. No diarrhea. I found out she told my Seeester the same thing and that my Seeester also used to avoid the green leafy goodness until she, too, realized she wasn’t “allergic” and she liked it. But she doesn’t like the way I pronounce spinach. That’s a whole other story.

Anyway, sour cream. So, I “did not like” sour cream. And, honestly, I’m pretty sure I really, truly did not like it. Not just believing what my mom told me. I think I tried it one time and it really did gross me out.

But then, somehow, something happened. Something weird. I ended up facing a platter of enchiladas with a dollop of sour cream that had somehow accidentally made its way on top. Having grown up, I did not throw a tantrum. I would have looked absolutely ridiculous, as you can see in this video example:

Instead, I just casually scooped the sour cream to the side and ate my meal. But there was a smidge of cream left on the enchilada. And it made its way into my mouth. And, I liked it.

I think about six months has passed since that bizarre, life changing moment. And I find myself not only allowing sour cream to stay on my plate, but I am adding it. Brad Pitt is completely grossed out. I think he believes there is zero nutritional benefit to the ingredient. Plus he supposedly doesn’t like the taste. I say “supposedly” because maybe he is like me and just thinks he doesn’t like it, but really and truly he loves it. And I’m beyond certain that my mom is going to freak out when she reads this and finds out my taste buds have evolved. She tolerates my stories about oysters and escargot and sea urchin and other “weird” foods that I consume. But the sour cream is going to set her over the edge. I just know it. Ew. I can hear it now. Ew. Ewwww. Ew.

8 thoughts on “My Sour Cream Evolution”