Last night I challenged Brad Pitt to a planking contest.

Not this kind of planking that was on The Office and subsequently replicated by followers worldwide:

No. I challenged him to the physical exercise of planking. 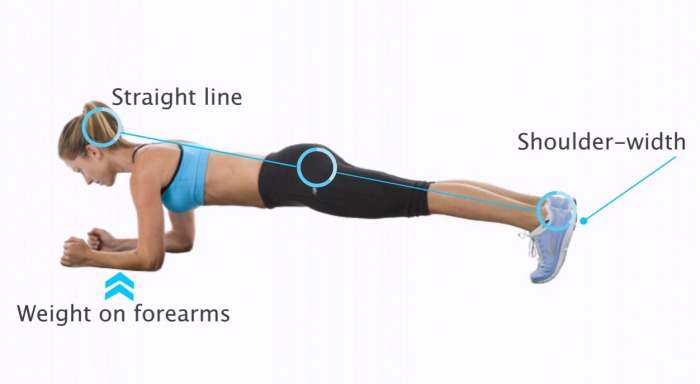 Why? Well, I figured I needed to tone up my Sandwich Saturday belly so I joined the “30 Day Ab Challenge” group that is on Facebook and planks are part of the regimen. After I completed a 15 second plank without any trouble, I figured I could probably plank longer than Brad Pitt.

So I challenged him.

At first he had his ass really high in the air so I had to explain to him that he was not using proper form and, in fact, was cheating. Eventually he managed to position his body into straight plank style and we were off to the races.

As my body started to tremble, I glanced over at him and he was not shaking one bit. I’m pretty sure his knees were touching the ground but he had on loose pajama pants so I couldn’t prove it, but I still yelled out YOU ARE CHEATING!!

He casually, without any trouble, replied “No I’m not, I’m just super fit,” and kept right on planking.

25 seconds passed and I dropped to the ground. He stayed in plank form.

At this point I had gone mad with accusations that he was cheating but he calmly denied my remarks and continued on. Eventually he lowered his body to the ground and stated “I’m just super fit, get over it.”

That’s fine. Because, little does he know, every time we play “Who Can Hold Their Breath Longer” when we drive through the Holland Tunnel, I cheat. I take in a huge, deep breath, pucker my lips together and pop my cheeks out like Dizzy Gillespie….

and after about ten seconds into the tunnel I discreetly start taking shallow breaths through my nose while keeping my cheeks puffed out.

He loses every time.