I really don’t know why, but Brad Pitt does not like Sloppy Joe sandwiches. I love them. So I can’t get my brain to wrap around the thought that anyone, especially the person I married, would not like the delicious, sloppy wonder.

In the past, I would use a meal of Sloppy Joe sandwiches as leverage to avoid cooking and end up going out to a restaurant. But he caught on pretty quick and that tactic became useless. Now, I don’t even care. When a girl needs some Sloppy Joe, she just has to go for it. 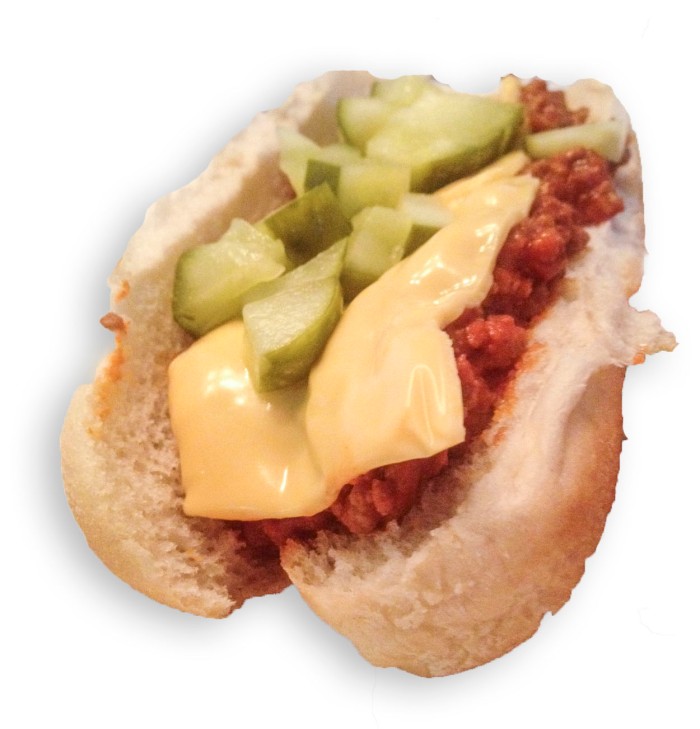 Even though he doesn’t like the sloppy sandwich, I’m lucky, because Brad Pitt never complains about my cooking. He eats whatever I put in front of him. Like the first time I ever made a meatloaf and decided the recipe must have been wrong. “No way does it need THAT many eggs!” I thought. When we pulled the meatloaf out of the oven and were forced to eat what will forever be known as “the meatbrick,” I not only realized the significance of the eggs in the recipe, but also what a trooper Brad Pitt was as he doused his meatbrick in ketchup and forced each bite down his esophagus.

So, I suppose if its not a meatbrick, its okay to serve at dinner. Which is why I won’t feel bad for making Sloppy Joes any night of the week.