I don’t know why, but they just don’t have tacos in our part of Pennsylvania. Well, they do, but they’re not the good kind of taco that I’m desperately seeking for Taco Tuesday nourishment.

There are still a few hole-in-the-wall places that I have yet to try. And believe me, I will try all of them. But I need Brad Pitt to tag along with me because these places aren’t exactly in the most desirable neighborhoods.

So, I’ve become so desperate for a good, “real” taco that I resorted to trying some “street tacos” from the freezer section at Target. This brand called evol (with a backwards e) caught my attention on my last shopping adventure so I grabbed a couple boxes. Honestly, I figured it couldn’t be worse than any of the other tacos I’ve had access to recently. 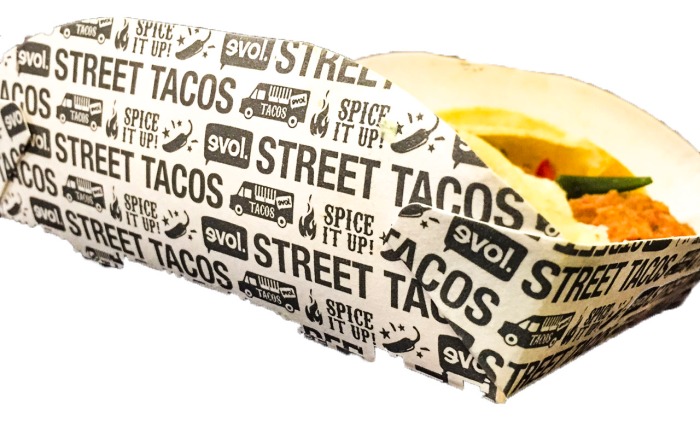 And, the tacos weren’t bad. Or maybe its been so long that I’ve lost some of my taco senses. But I would buy some again. Of course, when I pulled my tacos out of the microwave they weren’t as pretty as those pictured on the box:

And, get real, There was no fresh lime wedge in the container. That would be asking too much. But they tasted pretty darn okay.

Plus they have some funky ingredient combinations (Korean beef with kimchi!!!) which, of course, I like. It kind of reminded me of the street tacos I had in Louisville:

Or the funky, awesome tacos in NYC at Salvation Taco: 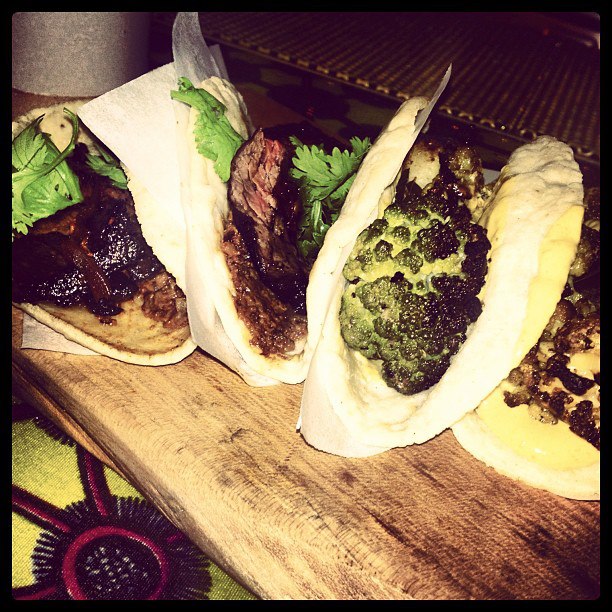 But, not really. Because, lets be honest. They were frozen tacos. I’ve evolved into a frozen street taco eating fool. I’m not sure what this means in the realm of survival of the fittest, but I’m hoping its good.